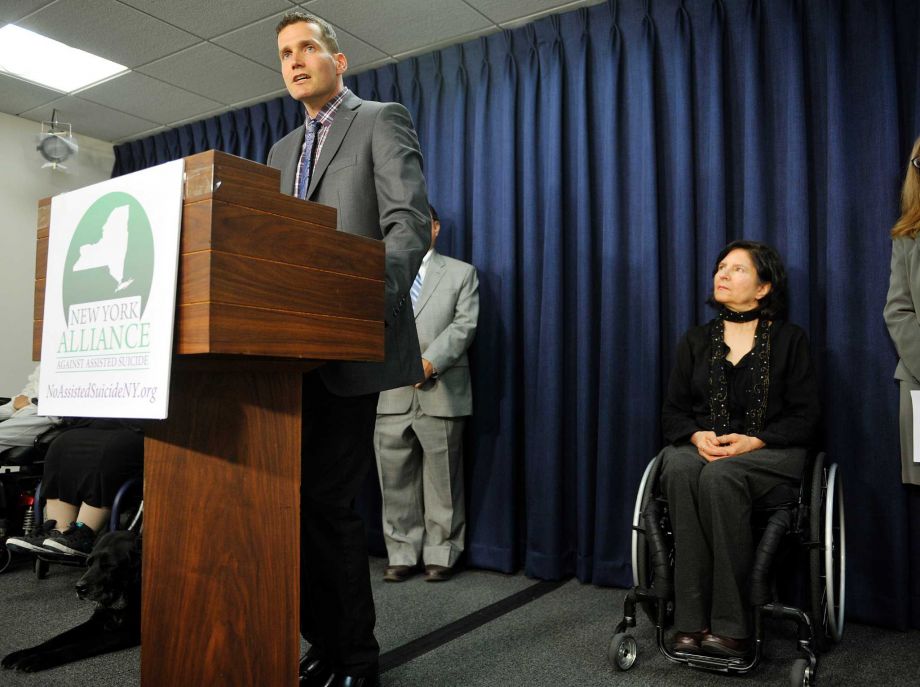 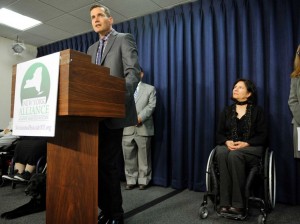 Hanson, the president of the national Patients’ Rights Action Fund, is among those who would have been eligible to choose to end his own life under proposals being pushed in the state Legislature. Yet Hanson and others — from a former state Office of the Aging director to hospice providers to physicians — are actively pushing back against the two legislative proposals. While advocates on Tuesday emphasized the availability of palliative and hospice care, Diaz pointed out that Maynard didn’t quickly kill herself once the couple moved from California. The advocates pointed to a lack of safeguards that they say would allow caregivers to make the choice of when a terminally ill patient takes the lethal drugs without their consent. In its moral and religious outlines, the debate is similar to the battle over abortion rights — a fight that has remained static at the Capitol for several years. Though no religious leaders spoke at Tuesday’s press conference, the Rev. Jason McGuire — executive director of New Yorker’s Family Research and New Yorkers for Constitutional Freedoms — was in attendance.